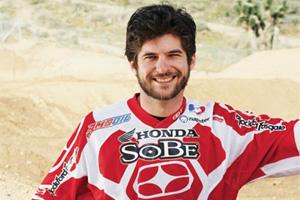 Fan favorite Kevin Windham has revealed that he has a few races left in him after it was previously reported he was done with AMA Motocross for the season.

The factory Honda team was left without a rider when Trey Canard and Josh Grant went down to injury, so they elected to bring in Windham to handle the first few races on what was supposed to be a temporary basis. When one of the riders came back, Windham was to step down.

Yet the veteran rider is racing well and having a lot of fun doing it. Windham is one of the most popular racers in the sport, and hundreds turn up every week to watch him try to steal a win from his younger competition.

"I've had a great time riding motocross this season," said Windham in a team release. "It's been so much fun, I'm going to race at least a few more rounds. The fans have played a big role in my decision. The crowd support at each race has been kind of overwhelming. I can hear them cheering me on all around the track and so many people come by the transporter to see me and talk with me that I'm just amazed."


Grant is scheduled to return this weekend in Colorado, while Canard is still training for his comeback. Windham and Grant will race together this weekend, and the rider says he will add selected races after that as well.