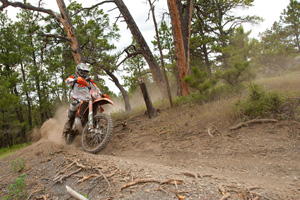 Factory FMF/KTM Team riders Russell Bobbitt and Charlie Mullins topped the podium after an all day battle at the sixth round of the AMA National Enduro Series.


From the first test to the final test Bobbitt and Mullins ran a tight race. Both riders tied for the fast time in the first test. In the second section Mullins, the winner of last year's Upton Enduro, came out with a slight advantage while Bobbitt and Thad Duvall rallied for second fastest time. Mullins continued his win streak into the third test where he again took the section win and was up 25 seconds on Bobbitt heading to the fourth.


As the two riders prepped for the fourth test, Bobbitt stepped up his game. He won the fourth test by 2 seconds over Mullins to close his gap to 23 seconds. He knew he had a large deficit to overcome so he turned up the heat in the fifth section to tie Duvall for the fast time. Heading into the final section, Mullins still had 11 seconds on Bobbitt. The section was said to be a smooth and fast section but it was one of the longer tests at 9.5 miles in length which meant anything could happen. 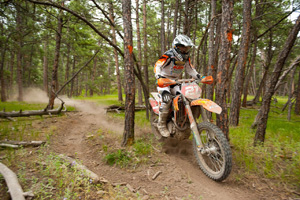 Mullins came into the check first and seemed to turn a pretty decent time. It wasn't long after when fans heard the distinct sound of Bobbitt's 250 XC two-stroke screaming through the trees. Bobbitt crossed the line in a time 24 seconds faster than Mullins. His last section win gave him the overall for the day while Mullins would end up 2nd after a very close battle.


With three section wins a piece it was a remarkable day for the FMF/KTM Team. The third rider of the FMF/KTM Team, Cory Buttrick, struggled with a stomach virus throughout the day but still pulled off a decent ride with a 4th place finish behind the 3rd place of Thad Duvall. 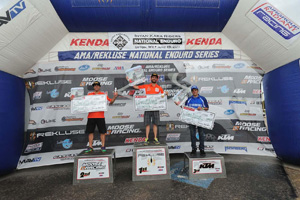 With six rounds in the books, Bobbitt regains the points lead over Mullins holding a 2 point lead. "It feels great to get a win here and regain the points lead. I had some issues with my wrist at the last round but if felt fine all day today. I'm really looking forward to the rest of the series," stated Bobbitt. 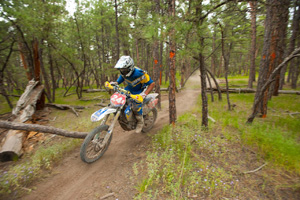 
Lafferty performed well throughout the day starting the first test off with the 6th fastest time. From there, things only got better as he finished 3rd fastest in the second test. He remained very consistent throughout the final four tests turning the 5th fastest time in each of those tests. His consistency paid off for 5th overall on the day.


"I had a real good ride today. I had no problems and felt really good. I am bummed my pace wasn't as fast as the top guys this weekend but I will continue my plan and just continue to work hard on improving my speed," remarked Lafferty. 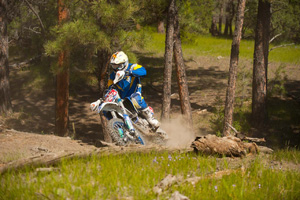 Fahringer had a rough start to his day after hitting his arm very hard on one of the large cedar tree branches in an early test. He also got lost on the fourth test, both incidents losing him valuable time. He saved his race in the final two sections when he picked up his pace and turned the 4th fastest time in the longest section (the fifth test). He topped that result with a third place time in the final test.


"I had a tough beginning to my day but I was able to make up some time at the end. I am also happy I remained relatively unharmed throughout the whole race as there were some very tight sections and some big branches," stated Fahringer.


The next event for the riders will be the seventh round of the series in Moorestown, MI on July 17, 2011.