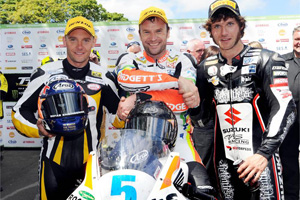 Guy Martin and the whole Relentless Suzuki by TAS Racing team covered themselves in glory during yesterday's Supersport and Superstock races on the Isle of Man with two fine podium finishes. The Lincolnshire rider took a hard-fought brace of third places on the team's all-new GSX-R600 and GSX-R1000 respectively.


It was a day of lengthy delays all round and although the Supersport race got underway at 10.45am, it was 8.20pm before the final press conference for the Superstock race was completed.


The opening Supersport race was red flagged after less than two laps due to an incident at Gorse Lea. It was later re-started over a shortened race distance of three laps with Martin hovering in around the podium positions for the duration. And when others faltered Martin was ready to pick up the pieces, giving Suzuki's all-new GSX-R600 its second International Road Racing podium of the season. 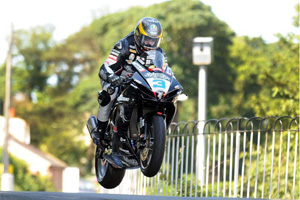 The four-lap Superstock race got underway after a lengthy delay at 6.30pm, but the Isle of Man TT fans were served up a real exhibition of pure road racing. At the first checkpoint at Glen Helen on lap one, less than three seconds covered the top five and by the end of the lap, Martin had forced his GSX-R1000 to the top of the leaderboard with a lap of 127.953mph from a standing start.


From there he got embroiled in a battle with John McGuinness and Michael Dunlop, eventually coming home in third place, struggling slightly in the latter stages to find the same level of performance he had done on lap one to challenge for the win. 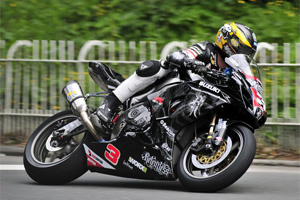 "I couldn't have taken the little 600 round there any faster today. When Cameron blew up in front of me I thought it was going to end in tears for both of us. I hit the kerb trying to get round him, but a podium is a good effort for us. We'll change a few things and see what we can do on Wednesday.


"In the Superstock race the early grip and stability was great and the bike was just mega. The whole job was coming easy enough and I wasn't having to hang it out anywhere and I wasn't bouncing off any kerbs! I started to struggle a little bit in the latter stages with grip and stability - what you'd expect I suppose - so I was just glad to get it home on the podium. It's not a shabby job at all. I haven't won one yet but it'll come. This is a proper team effort and all the Relentless Suzuki by TAS boys are a great bunch of lads."

"It's been a long day obviously tainted with sadness, which is always the case when a competitor loses his life - so our thoughts and prayers are with Derek Brien's family at this time. Two podiums is a strong day for us. Yes we are here to win but overall you've got to be happy with podiums at the TT. All you can do is make your package competitive enough for a podium finish; after that it's really down to the circumstances of the race. 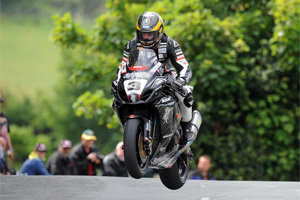 "A lot of things must be taken into consideration, but getting into a lengthy dice on the road didn't help Guy's chances of second place in the Superstock race. But that's the way it goes sometimes, although it would make me consider our start numbers for next year. We used to dominate the Superstock class with the GSX-R1000 so it's good to be back on the podium and also very pleasing to give the new GSX-R600 another international road racing podium, especially here at the TT.


"We have a few more tweaks to do to the 600 for Wednesday and we'll fit a new generator on the Superbike for Friday and look to end this TT on a positive note, but so far, it has not been so bad. I must also congratulate our former team member Bruce Anstey on his win in the Supersport class."