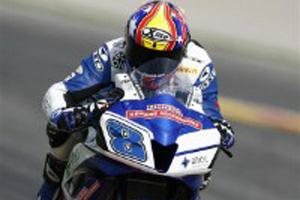 This weekend, Miller Motorsports Park in Utah will host The BigM Weekend, expected to be one of the largest motorcycle events of the year.

All sorts of activities are planned for the weekend, including five separate racing series, musical concerts, tributes to the military, vendor booths and even go-kart racing.

"We're very excited for The BigM Weekend to get underway," said John Larson, general manager of Miller Motorsports Park. "We've been planning and preparing for this event since the final trucks rolled out of the paddock after last year's race. It's a big undertaking, but we're ready to go and we think it's going to be the best event in the history of Miller Motorsports Park."

There's also plenty of music scheduled for the weekend, with both Creedence Clearwater Revisited and Blue Oyster Cult expected to perform.

The action kicks off May 28th and will run all weekend.