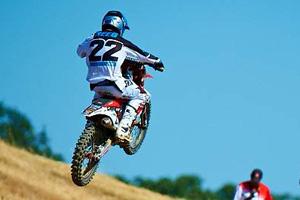 Chad Reed and Ryan Dungey got off to great starts in the opening round of the 450cc Lucas Oil AMA Motocross Championship, picking up where they left off at the end of the Supercross Championship with some excellent riding.

Fans of the Supercross series will not be surprised to learn that the final podium consisted of Ryan Villopoto, Reed and Dungey, but the order was a bit different than the Supercross results. Villopoto, who won this season's Supercross championship, actually finished third overall after taking that same place in both races. 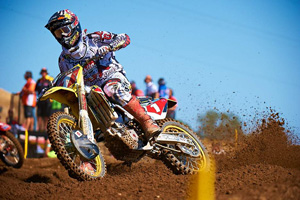 Dungey started hot when he took down the first race of the season, but the events in the Motocross Championship consist of two races, with more weight placed on the second. Reed, who finished second in the first race, was able to pass both Dungey and Villopoto on the second en route to victory. Since the second race is slightly more important, Reed was named the overall winner, even though both he and Dungey had a first and second place finish on the day.

Ultimately, the two riders came away with 47 points apiece, landing themselves on the top of the point standings. Villopoto is third overall, while Kevin Windham, filling in for Trey Canard, came in fourth.