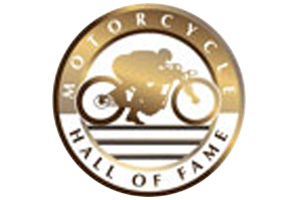 The Motorcycle Hall of Fame is pleased to announce that Parts Unlimited founder Fred Fox, who built a small business into the largest aftermarket motorcycle, snowmobile, all-terrain vehicle and personal watercraft accessory distributorship in the world, will be inducted into the Motorcycle Hall of Fame as part of the 2011 American Motorcyclist Association (AMA) Legends & Champions Weekend at the Red Rock Casino, Resort & Spa in Las Vegas, Nev., Nov. 18-20.

"It's not exaggerating to say that if you ride, it's extremely likely that one or more parts on your bike, or at least one piece of your riding gear, was supplied through your dealer by Parts Unlimited or Drag Specialties," said Jeffrey V. Heininger, chairman of the American Motorcycle Heritage Foundation, which raises money for the Hall of Fame. "Fred Fox's reach in the motorcycle world is vast, and he's definitely earned a place among the greats in the Motorcycle Hall of Fame."

Fox founded Parts Unlimited in 1967 to distribute motorcycle parts and accessories to dealers. Today his parent company, LeMans Corporation, is based in Janesville, Wisc., and it employs more than 1,200 people in operations spread across the U.S., Canada and in Europe. Parts Unlimited serves the "metric" side of motorcycling, while Drag Specialties serves the American V-twin industry. The company's own brands include Thor Motocross, Moose Off-Road, Icon and Z1R helmets and apparel.

Fox elevated motorcycling and the sport of motorcycle racing nationally by creating a state-of-the-art distribution system that got parts to dealers quickly. He also helped grow the sport by sponsoring motorcycle racing series, as well as amateur and professional racers.

Additionally, Fox served for 14 years on the Motorcycle Industry Council's Board of Directors or on one of the trade group's committees.

"This is obviously a very nice honor, and it's much appreciated, but at the same time, there's a lot of people I could give credit to for making this work," Fox said. "It's not a one-man band. We were, at one time, up to 1,600 employees."

Fox noted that he never expected to be named to the Motorcycle Hall of Fame.

"I was obviously a little surprised," he said. "A lot of the people in the Hall of Fame are pretty good racers, and I was a mediocre racer. I saw that they were faster than me, and I was a mechanical engineer, so I worked on the tuning side of it, and the rest of it grew out of that. I have a lot of mottos, but one is 'Get out of bed and try to run the business better than the day before.' We're very proud of that."

Fox joins previously announced magazine pioneer Phil Schilling in the Motorcycle Hall of Fame Class of 2011. The remaining 2011 inductees will be announced in random order over the next few weeks.