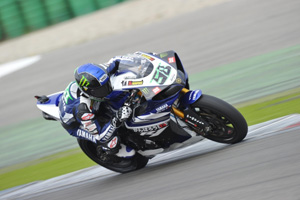 
The previous round in Assen did not bring the results Melandri and Laverty were hoping for but was essential in that the weekend provided vital insight for development in their YZF- R1's. The team have since been working hard and can now hit their home track intent on capitalizing on their recent progress, confident of their potential for success and motivated to provide a spectacular display of skillful racing for their numerous local fans.


Monza will host the WSBK Championship for the 18th time since the track first welcomed the superbikes in 1990.The autodrome was originally built track in 1922 and is the oldest fixed European race circuit. Following a series of accidents in the early days as a Formula One track, it has undergone several changes and modifications, mainly to improve safety by introducing several tight curves where speed is reduced sensibly, complying with the FIA security regulations.


The classic Monza race track is unique for several reasons but mainly because it's the fastest track to appear on the World Superbike calendar with riders often reaching speeds of over 320kph on the start/finish straight. The legendary high speed track is now 5.973KM in length and combines flat out straights, fast corners, a variety of chicanes and intense braking. 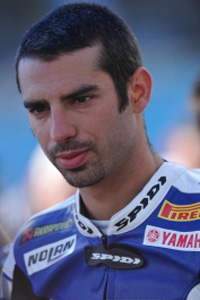 "I'm not really familiar with Monza, it's a new track to me and I'm really curious to try it out on my R1 and see how it goes. I rode the track once in 1996 but I can't even remember it now! It's a very fast flowing track with some tight corners and I'm really looking forward to riding it this weekend. The team have been working hard on the data we picked up in Assen and let's hope that we've found an improved set up. I'm sure I can be as competitive as anyone and can be back on the podium again this weekend." 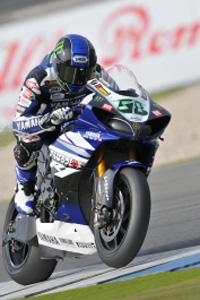 "I'm really Looking forward to this weekend in Monza. In 2010 I won the World Supersport race and I'm now curious to try it on the Superbike. It's the fastest track on the calendar and I'm excited about the thought of reaching speeds of even up to 330km/h. Assen went well in so far as we made progress on the set up of the bike and the team have since made further progress. I'm pretty sure we can show our true potential in Monza and I'm confident that the package is worthy of a podium at the team's home race. I'm looking forward to a good weekend!"

"Monza is the fastest track on the calendar where the set up of the bike is very important and we intend competing at the front of the bunch. We are planning on using the soft tyres. Ducati normally has an advantage here as a 2 cyclinder engine character in general adapts better to soft tyres, but with our crossplane crankshaft engine we also have a strong weapon for that. Marco doesn't know the track, even if I think he rode here many years ago with a 125cc. We will make the most of the first free practice session to get acquainted with the circuit and test the set up of the bike and the tyre resistance. Monza requires a stable bike to take the fast curves and an agile bike that reacts well to the change of direction the track frequently offers as well, particularly in the first corner, the "Roggia" and "Ascari", three very important areas."

"Assen was a very positive result for Eugene, qualifying front row and topping a number of the sectors in the race. Unfortunately we suffered when the rear tyre spun on the rim mid way through the race causing chatter in the bike. For Monza we will be trying a different handlebar position to help Eugene change direction a little quicker. Monza is the fastest race on the calendar with some very hard braking and a number of chicanes. It also requires good rear set-up as the last corner can wear the tyre very quickly. We will modify our set-up from Assen a little, to take this into consideration."

"This is a very important race for the team which has experienced both highs and lows on the historic track in the past. The change of direction and speed are fundamental and make all the difference. Rider's race behavior and concentration is vital, the technique of slipstreaming can present surprises, particularly on this track in Monza. We are super prepared for this uniquely characteristic track and are capable of being extremely competitive. Further motivated by the fact that this is our home race, we want to guarantee a memorable weekend to our numerous fans. Monza is one of many tracks on the calendar that Marco is unfamiliar with but he is perfectly capable of quickly adapting to new circumstances. Eugene has learned a lot in the last two races in Assen and is very motivated. I expect he will also be on top form and in a position to show his true potential this weekend."

Yamaha ParkinGO Team head to round four of the 2011 World Supersport Championship in Monza on 6-8th May, intent on bagging their fourth consecutive race win of the season. Yamaha riders Luca Scassa and Chaz Davies are currently topping the Championship standings, sitting comfortably in first and third respectively, with Davies just 2 points off second.


The last round in Assen saw a dramatic and eventful race day. After several riders crashed out of contention in the opening laps, the race had to be red flagged on two separate occasions. The third attempt was not fortunate for Scassa who was unable to complete the race after colliding with another rider mid way. Scassa now heads to his home round in Monza, more motivated than ever to make up for the disappointing weekend and continue the victorious trail he had commenced in the first two rounds of the Championship.


Team-mate Davies brought home his first race victory of the 2011 World Supersport Championship in Assen after completing the 16 laps over seven seconds ahead of his competitors. His skillful display of racing proved how competitive a package Yamaha has to offer and is evidence that both Davies and Scassa are strong contenders for the championship title.