GSX-R600 Sets The Pace On The Track 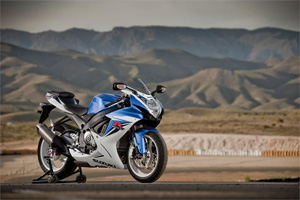 Suzuki's all new 2011-Model GSX-R600 has been proving itself on race tracks world-wide in the hands of Team Suzuki riders as well as on the road with Suzuki owners and world media.

Fast becoming a firm favourite with the motorcycle press globally, the GSX-R600 has been setting the pace in the British, American and Australian Supersport National Championships in the hands of Alastair Seeley, Elena Myers and Brodie Waters. 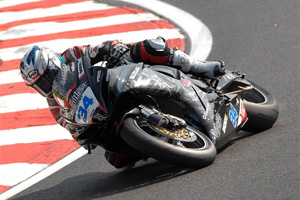 In Britain, Relentless Suzuki by TAS rider Seeley raced his GSX-R600 to its maiden victory in the second leg of the season-opening round at Brands Hatch in Kent on April 25th, bouncing back from a first race fall as he challenged for the lead. The 31-year-old former British Superstock Champion and current North West 200 Superstock and Superbike lap record-holder currently sits fourth in the 24-race series with round two this weekend at Oulton Park in Cheshire.

Said Seeley: "I never looked behind me in that second Supersport race and it's a good job as I think I might have scared myself! This coming weekend we'll get a chance to stretch the legs on the GSX-R600 at Oulton Park."

Relentless Suzuki by TAS Team Manager Philip Neill was upbeat at his new Supersport rider's recovery, along with the new 2011 machine's performance, saying: "There are a number of positives to take away from this meeting, starting with Alastair Seeley: He was pure class in that race today and it's not the first time he's pulled this team out of a hole: He completely out-smarted his rivals and the new GSX-R600 package was nothing short of perfect." 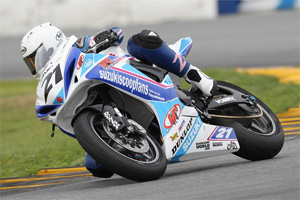 In America, 17-year-old Myers took her SuzukiScoopFans-sponsored GSX-R600 to sixth and seventh-placed overall finishes at the opening round at Daytona Beach, Florida in mid-March, putting her second in the AMA West SuperSport Championship.

The teenager, who will compete in all races this season, although she is officially only entered into the 'West-Coast' Championship said: "Saturday's race was a good one overall. I think it was crazy in the first few turns here at Daytona. The restart was better and I got a good launch on my GSX-R600. Guys in Turn-One are pretty bossy in there, but I had to boss them right back!

"Last year was my coming-out season; it was basically my learning year. This year is more hammer-down, getting ready for SportBike. Sixth and seventh place isn't bad at Daytona, but I'm just working on going uphill from here. Right now, I'm second in the West Coast Championship leaving here. I have Infineon, Miller and Laguna to look forward to. This is my first weekend on the new 2011 SuzukiScoopFans Suzuki GSX-R600 and it's a great bike right off the start and I'm really pleased with it."

Myers' next event of the 2011 AMA SuperSport series is at Infineon Raceway in Sonoma, California on May 13 - 15th. 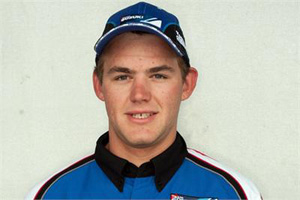 In Australia, Team Suzuki GSX-R600 rider Waters (pictured right) moved to within one point of the Championship lead after finishing second overall in round two at Symmons Plains Raceway in Tasmania.

The 18 year old won the second of the two 20-lap Supersport races, but had his chance of victory in race one ruined on the opening lap when he missed a gear-change and crashed, remounting to finish in ninth place.

At the following round at Darwin's Hidden Valley Raceway on April 17th, Waters - who was competing on an up-rated version of the team's 2010 machine - kept his 2011 Championship challenge alive with 10th and fifth; and just seven points off the series lead after three rounds despite his off-track incidents.

Caught out by a patch of wet bitumen in the opening 17-lap race, the teenager remounted his 2010-model GSX-R600 after the Turn One crash to salvage 11 points. A further 16 points in race two put Waters fourth in the Championship.

Said Team Manager Phil Tainton: "It was a tough weekend for Brodie in Supersport as we weren't able to get the new 2011 GSX-R600 ready in time. The recent tragedy in Japan delayed the race parts we were waiting on, but to be just seven points off the Championship lead with the 2011 bike now available for the rest of the rounds puts Brodie in a good position to challenge for the Championship."

The next round of the Viking Group Australian Superbike Championship takes place at Perth's Barbagallo Raceway this weekend, April 29 - May 1st.