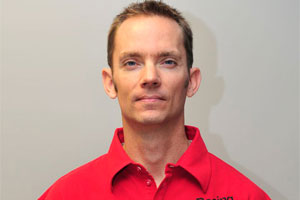 With a wealth of race team management and technical experience, Derek Sorenson has joined the rapidly expanding team at Husqvarna North America. "We really scored with getting Derek on board," says Husky's National Marketing Manager, Corey Eastman. "His official title is 'Product & Racing Manager' - perfect given his recent race team management duties, not to mention his time in the trenches spinning wrenches for racers."


In the past decade, Sorenson served successful stints as race team mechanic and engine technician for the Red Bull KTM team, and then was team manager for Monster Energy/Cernic's Kawasaki (in the three years Sorenson managed the team, they won two Canadian National Championships and had 20+ top ten results in the AMA Supercross Series). Most recently he was the team coordinator for the Rockstar Energy Suzuki Factory 250 team. "Derek definitely knows what he is doing," adds Eastman.


In his new role with Husqvarna North America, Sorenson says his duties include defining and managing the U.S. product range based on consumer, dealer and consultant research. "In addition to helping with the product planning, I will be responsible for planning all U.S. racing activities and developing a budget to meet defined racing goals," he explains. "A key component of the job is to recruit, coordinate and manage appropriate teams and riders to execute the racing plan."


Sorenson certainly knows what it takes to be a factory racer having been the mechanic for such riders as Steve Boniface (Red Bull/KTM), Josh Woods (Red Bull/KTM) and Ryan Mills (Amsoil/Chaparral/Honda) before he took over as team manager for Monster Energy/Cernic's Kawasaki back in 2006. "We probably won't have Derek wrenching on the race bikes, but it is nice to know he can do it if needed," jokes Eastman.


Sorenson joined the Husqvarna North America management team just after the $12 million racing contingency program was announced and another industry veteran, Sharon Richards, had been hired. "Both Derek and Sharon are great additions to our team," claims Corey. Derek can now be reached at: Derek.Sorenson@husqvarnamotorcyclesna.com