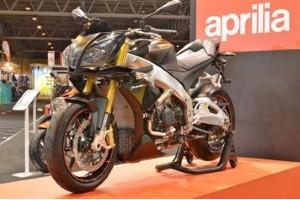 The 2011 Indy Dealer Expo gives manufacturers a chance to show off the latest in motorcycle accessories, with the hope that the dealers in attendance will take notice and start stocking the parts in their showrooms. It's also a chance for the public to get a sneak peek at a few of the products that may be in motorcycle stores in the near future.

Event organizers told Motorcycle.com that the event was well-attended, although it was a bit down from previous shows. Still, more than 800 vendors were present and they brought in more than 3.5 million pounds of cargo to show off.

One of the more interesting products on display was from Alpinestars. Alpinestars makes the leathers that Ben Spies wears when he competes in MotoGP, leathers which feature a new airbag system that can detect crashes. The company says that they'll be made available on a limited basis this summer.

Love leather but hate the way it burns up in the sun? Then River Road's new "Cool Leather" motorcycle jackets might be the perfect fit. These sleek black jackets use a chemical coating that blocks solar radiation, allowing drivers to stay cool even in the hottest weather.

Another cool accessory was the Contour GPS. This 1080p HD camera mounts onto your bike so you can capture your most epic rides - and the GPS device records your movement four times per second, so you can track exactly where you rode when the day is done.