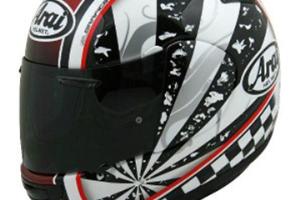 Currently, Michigan requires all motorcyclists to wear a helmet when riding their bike. However, several local riders are looking to change that rule, according to the Livingston Daily.

The American Bikers Aiming Towards Education of Michigan organization are hoping House Bill 4008 will be passed. The new rule would make it legal for bikers over the age of 21 to drive their motorcycle without wearing a helmet as long as they have $20,000 in insurance or first-party medical benefits, reported the news source.

"It's way past due," Mike Poage, motorcycle-awareness director for ABATE of Michigan told the news provider. "We're one of only 19 states in this country that require everybody to wear a helmet. Michigan is far behind the times."

He also claimed that bikers should already have the $20,000 in insurance. Rep. Richard LeBlanc, one of the bill's supporters, said it would allow motorcyclists to make their own decision if they want to wear a helmet or not.

LeBlanc added that wearing a helmet is a personal liberty, however he said he does not want to discourage riders from wearing helmets.