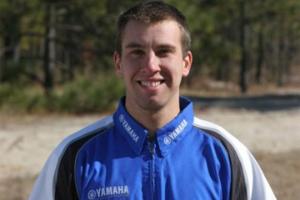 Charlie Mullins was a big surprise in 2010 when the rookie defeated a number of established racers and was able to win the national title, according to Cycle News.

He will now prepare for the 2011 Rekluse/AMA National Enduro Series in South Carolina and hopes to defend his championship, the news source reported.

"It won't be much different from last year, except I have a little more experience," Mullins told he news provider. "I'm the guy everyone's after, but I'm looking at it like every other race. Of course, the goal is to win, but I also want to get through this first race healthy and try to accomplish what I have planned."

Cory Buttrick, and Russell Bobbit, Mullins' teammates, will be just some of the competitors he will have to watch out for as they try to take away his title. Other riders that will be gunning for the top spot include KTM riders Michael Lafferty, Husaberg teammate Nick Fahringer, Am Pro/Yahmaha/FMF rider Thad DuVall, Gas Gas riders Jordan Brand and Jeff Melik and many more.