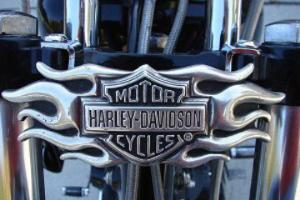 Harley-Davidson celebrated Black History Month by holding an event called "Brothers of the Bike," which was a one-time exhibit at The 40/40 Club in New York City, according to Clutch and Chrome.

The exhibit displayed numerous photos, video, customized motorcycles and the some of the most famous African American bikers, including DJ Grandmaster Flash, DJ's Darryl DMC McDaniels and DJ Clue, the news source reported.

Stringfield was named "The Motorcycle Queen of Miami" and many consider her to be a pioneer in the female and African American biking community. Her work was recognized in 2002 when the American Motorcyclists Association awarded her the "Superior Achievement by a Female Motorcyclist" honor and inducted her into the Motorcycle Hall of Fame.