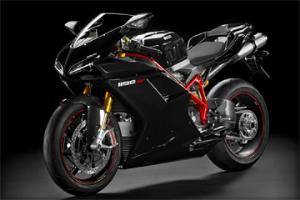 Ducati has announced some revisions to its lineup of 1198 motorcycles for 2011, eliminating the Ducati S and Ducati R Corse and unveiling the all-new Ducati SP.

The base version of the 1198 offers riders excellent value by maintaining its $16,495 price tag from 2010. However, the bike has gotten some significant - and free - upgrades. The 2011 version now features Ducati Traction Control, the Ducati Quick Shifter and the Ducati Data Analyzer all standard.

Perhaps the best value is found in the 1198 SP, however. Replacing the Ducati S from 2010, the SP keeps all the old parts that made the bike a hit to begin with, including Marchesini wheels and the Ohlins suspension, plus all the new toys from the base 1198. However, it also adds a slipper clutch, Ohlins TTX shock and a lighter aluminum fuel tank. Horsepower and torque have also been upgraded, but the price hasn't - at $21,795, it's only $200 more expensive that the 2010 Ducati S.

The new look seems to have worked for Ducati, as Motorcycle.com calls it "a machine both beastly and suave, able to induce grins unlike anything else out there."

High-end racers may bemoan the loss of the nearly $40,000 track-ready R Corse from the lineup, but the model was a limited engagement - hopefully one that will return in the future.