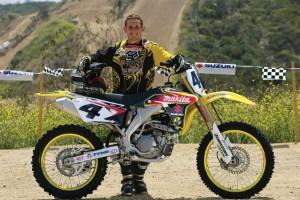 Construction has begun on the new Daytona Supercross track in preparation of the race expected to take place March 5th.

Daytona Supercross by Honda will feature some of the biggest names in racing, including Ryan Dungey, Ryan Villopoto, Trey Canard, James Stewart and Chad Reed, who will all be competing to take home the crown. The track changes every year, but for the past three, the honor of designing the course has fallen to supercross legend Ricky Carmichael, who is himself a five-time champion at Daytona.

Changes to the track include a new location for the starting gate, which will give fans a great angle to view the initial turn and make it easier to see precisely who gets the holeshot.

"I'm really pumped how the new design turned out," said Carmichael. "I think the new location for the start is good and I feel the track is going to produce some great racing."

Who ends up taking home first place is anyone's guess, but some of the competitors have had strong success in the past. Villopoto is going in as the defending champ, while Reed has won three times in the past. Stewart may be the rider in form, however, as he's currently tearing it up in the AMA Supercross series.