"Mr. Daytona" To Return To Namesake 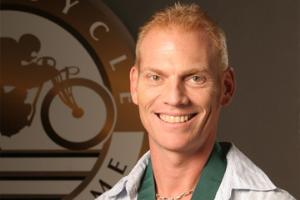 In sports, there are always people who dominate at a certain time or event. The same is true in motorsports, which is why Scott Russell is known as "Mr. Daytona."

Russell officially retired from the series in 2002, but he'll be making a comeback for the event that gave him his namesake this year. Russell will see if he still has what it takes as a member of a team backed by the Harley Owners Group in the AMA Pro Racing Vance and Hines XR1200 season opener at Daytona on March 10th.

"I'm excited to get on one of those Harley XRs," said Russell. "I ran some endurance races last year and I think I still have some gas left in the tank. It will be fun to race with the rest of the guys at Daytona and hopefully run up front."

Can Mr. Daytona do it again? Fans will just have to tune in and watch.