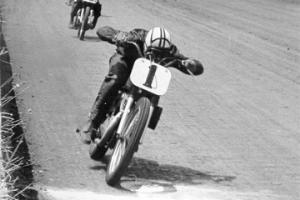 The Historic Motor Sports Association recently claimed that the guest of honor for the Champion's Grand Prix at Thunderhill Raceway Park would be the legendary Joe Leonard, according to the Sun-Herald.

Leonard is best known for being the first racer to win the American Motorcyclist Association Grand National Championship Series in 1954. He also won the event in 1956 and 1957. He plans to discuss his experiences in motorcycle and car racing during the event and share his stories with audience members and racers.

"Joe is the American John Surtees," Cris Vandagriff, HMSA president told the news source. "Like John, he has won championships on both two and four wheels and I am very pleased that he has accepted our invitation to join us."

The Motorsports Hall of Fame inducted Leonard in 1991, and in 1998 he was inducted into the AMA Motorcycle Hall of Fame.

George Follmer, who had 25 career starts and finished in the top ten 11 times in the USAC Championship Car series, will also speak at Thunderhill. He was a Trans-Am winner for 1972 and 1976 as well.