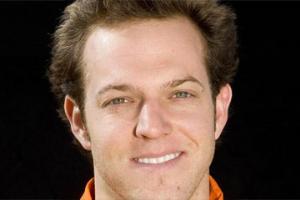 Despite losing the first round of the AMA Racing/Kenda National Hare & Hound Championship Series due to technical problems, Kurt Caselli managed to win at the Moose Run race, hosted by the Four Aces Motorcycle Club.

"I definitely didn't get a good jump off the line," Caselli told Cycle News. "I've been trying some different stuff. With the dead-engine start procedure, it's kind of hit or miss. We don't have a kickstarter with the SX-F; it's basically just electric start. It's more me than the bike. I get a little excited and give it too much gas and flood it out."

Caselli won the race by approximately seven minutes, beating out Kendall Norman and David Pearson. Unfortunately for Norman, he found the Ridgecrest whoops to be trouble, but was able to recover and finished in fourth.

Pearson, on the other hand, had previously hurt his shoulder and ribs during a game of racquetball, which slowed him down. However, he managed to place second. Destry Abbot came in third, a spot lower than he placed in the first round, due to a poor start.