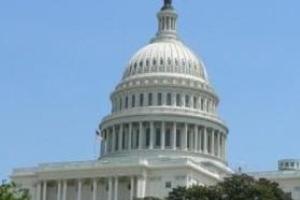 Activists who are fighting against the lead law restrictions imposed on kids' motorcycles and ATVs have won a temporary victory, as the Consumer Product Safety Commission (CPSC) has elected to delay enforcement of the law until the facts can be ascertained.

The CPSC approved the delay by a 4-1 vote after many in the motorcycle community questioned the law. Representative Denny Rehberg allied with the American Motorcycle Association (AMA) and All Terrain Vehicle Association (ATVA) in order to rally support for the "Kids Just Want To Ride Act," which sought an exemption for motorized products from lead law requirements.

"I want to thank all of the AMA and ATVA members and riders who used AMA and ATVA tools to request a delay in the enforcement of the law," said Ed Moreland, AMA senior vice president for government relations. "This latest action affords riders much-needed breathing room to allow federal lawmakers to exempt child-sized dirtbikes and ATVs from the law."

Rehberg and the groups argued that the provisions in the Consumer Product Safety Improvement Act, designed to restrict the amount of lead in common products, inadvertently hurt some lead parts used in small motorized vehicles. Since it's highly unlikely that a child would be able to ingest a motorcycle or small ATV, the bill pushed for an exemption on these products.