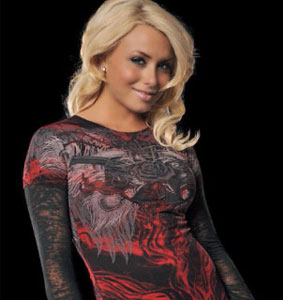 With only four days left till the gate drops at Anaheim's Angel Stadium for the highly anticipated 2011 Monster Energy AMA Supercross, an FIM World Championship, season, Feld Motor SportsÂ® announced today that Dianna Dahlgren of Los Angeles, Calif., will fulfill the role of Miss Supercross throughout the 17-race season.

Dahlgren, a long-time supporter of the sport, has been a recognizable face on the Monster Energy Supercross scene for several years. Dahlgren has served as a Monster Energy girl at supercross races as well as a 30-second board girl who signals the launch of each heat, qualifier, and main event. Being crowned Miss Supercross has been a long-time aspiration of Dahlgren's.

"I'm extremely excited to be appointed as the new Miss Supercross for the 2011 season," exclaimed Dahlgren. "I've been following supercross since my early years, so the opportunity to represent the sport and meet all the dedicated fans is a dream come true."

Dahlgren will serve as the face of Monster Energy Supercross at 17 races of the 2011 season, representing the sport through a variety of promotional opportunities, as well as standing atop the podium alongside the world's fastest riders at the conclusion of each race. Dahlgren's duties will also include reporting from the pits with race and rider updates. 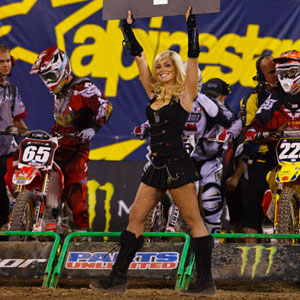 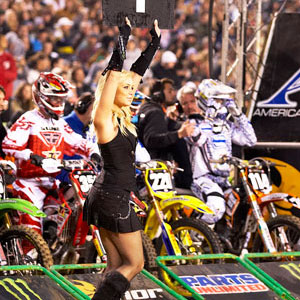