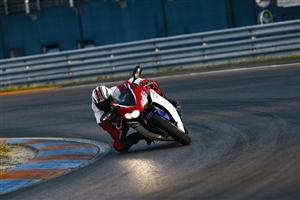 Honda has announced rider lineups for its 2011 race teams in a variety of motorsports competitions, including the AMA Supercross and Motocross championships.

Trey Canard and Josh Grant have both been added to the team, with Honda setting its eyes on another championship this year. Canard is the more successful of the two, winning the 250cc class last year and participating in the prestigious Motocross des Nations as part of the United States' three-rider team. Grant, meanwhile, is an up-and-coming rider who stepped up to the 450cc class last year and finished fourth overall despite numerous injuries.

"It feels really good to be back on a Honda, the brand that I started my amateur and professional careers with," said Grant. "I'm ready to get started working with the Honda Racing Team as we prepare for the 2011 Supercross series."

In off-road racing, Honda also announced that it will be continuing its relationship with two top teams. Johnny Campbell Racing dominated much of the competition in 2010 with support from Honda, while Joe Byrd Racing will be competing in its sixth ATV racing season as the official Honda-sponsored team.