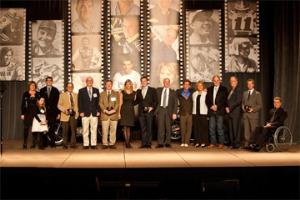 The Motorcycle Hall of Fame has nine new members after the induction ceremony held this weekend at the AMA Legends and Champions Weekend in Las Vegas.

Each legend was honored with a video package highlighting their career, a special induction speech by one of their peers, and a ring ceremony.

Tragically, Boyeson passed away just two days before he could receive his honor. He was world-renowned as an engine tuner and mechanical genius who had a knack for eking the best performance out of whatever was put in front of him.

"I will say that my career has been balanced by my ability to do what I truly love," he said when notified of his induction. "To this day, I will always remember the first time I saw a motorcycle. It was magical.