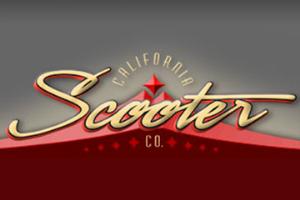 The California Scooter Company, which manufactures a number of motorized products, has announced that it has designed a bike that will compete for the first ever 150cc land speed record in Southern California.

The company mainly focuses on bikes and scooters with smaller engines, but believes that many riders aren't aware of what these vehicles can really do when put to the test. Engines with 150cc or less are typically thought of as beginner bikes, so tuning the machines for speed and performance isn't usually a consideration.

"We entered this event to boost the public's awareness of small displacement motorcycle capabilities," said Steve Seidner, President and CEO of California Scooter Company. "We think these bikes are the wave of the future, and we like doing things with them that people might think a 150cc bike couldn't do."

California Scooter has added a number of new motorcycle parts and accessories to their entry to optimize performance. A modified seat allows the rider to get lower than normal, reducing aerodynamic drag. Another key change is a weight reduction set, which makes the bike's already-slim 240-pound frame even lighter.

Vintage motorcycle fans may recognize some of California Scooter's products. The company patterns their bikes after Mustang motorcycles, a rare brand that was active in the 1940s and 50s.