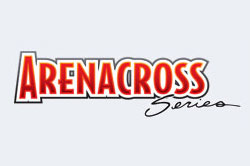 After releasing the preliminary 2011 AMA Arenacross Series schedule just prior to the fall season, Feld Motor Sports â„  has finalized the
upcoming Arenacross season by announcing that Louisville, Ky., will host Round 6 of the 14-race championship. The event will commence on
Saturday, February 12 at the Freedom Hall, beginning at 7:30 p.m. ET.

Louisville has been a longtime staple of the AMA Arenacross Series, hosting numerous rounds of the world's premier indoor dirt-bike racing
series at the renowned Broadbent Arena. However, as the fastest Arenacross riders on the planet, led by reigning AMA Arenacross Series
champion Josh Demuth, return to Kentucky after a one-year hiatus, they will compete in a new venue at the Freedom Hall.

"Louisville has always been one of the most successful stops of the tour, and we are excited to bring back the AMA Arenacross Series to the
loyal fans of Louisville," said Jayme Dalsing, director of arenacross, Feld Motor Sports.

The legendary Freedom Hall is best known as the home of the University of Louisville Men's and Women's Basketball programs and for the first
time in its 44-year existence, it will welcome the stars of the AMA Arenacross Series in addition to 150 truckloads of dirt onto its floor.

Additionally, the road to the Amateur National Arenacross Championship will also go through Louisville with an East Region qualifier on
Sunday, February 13.

Feld Motor Sports has also announced that the ninth round of the championship from Wichita, Kan., will be changed from two nights of AMA
Arenacross Series racing to one on Saturday, March 5.

Tickets for all rounds of the 2011 season can be purchased at www.ticketmaster.com and www.arenacross.com.

For more information on the AMA Arenacross Series log on to www.arenacross.com.