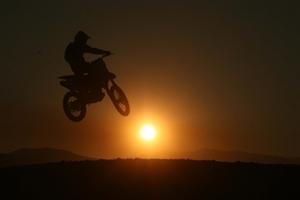 The American Motorcycle Association (AMA) has announced the nominees for its end-of-year awards ceremony, which recognizes racers and members of the motorsports community who had truly great seasons.

"These racers and organizers went above and beyond during the 2010 season," said AMA Director of Racing Joe Bromley. "They have represented the AMA well, and in their own ways have advanced the AMA mission to promote the motorcycling lifestyle and protect the future of motorcycling."

Most of the attention will likely be paid to the nominees in the AMA Racing Motorcycle Athlete of the Year category. Those up for the award include Jason Anderson, Briar Bauman, Hayden Gillim, Charlie Mullins and Daniel Bromley. All riders won awards or championships in their sport or division this year, making the category truly competitive.

Fans of ATV racing will likely be fixated on the race for the ATV Athlete of the Year award. Competitors include Michael Coburn, Dustin Hoffman, Joel Hetrick, Brian Childs and Chris Borich.

The winners will be announced at the 2010 AMA Racing Championship Banquet at the Red Rock Casino in Las Vegas on November 20th.