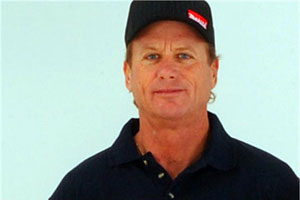 Webb has been a staple in off-road racing for nearly three decades and is currently at the helm of the 2010 GNCC off-road team as they take the Suzuki fuel-injected RM-Z450 towards the Championship title. In his storied history, Webb has helped Suzuki earn countless Championships in off-road racing and has been the Team Manager for the GNCC bike efforts since 1992.

"I'm really excited for this opportunity to help defend the AMA Supercross and Motocross titles that Ryan Dungey so masterfully won this year," Webb said. "I'm thrilled to be working with the team and Yoshimura, as we're all fully committed to keeping that Number One plate on the RM-Z450. I think 2011 is going to be a great season for us, for Suzuki, and for the RM-Z450."

To help spur the Rockstar Makita Suzuki team to another Championship-winning year in 2011, Webb has also secured the efforts of Ricky Carmichael as team adviser. Carmichael has a long history with Suzuki, as well, and is considered one of the greatest racers of all time in Supercross and Motocross. Carmichael will be helping the current Rockstar Makita Suzuki racers to fully-prepare for competition and advising them on bike set-up, race strategy and overall training approaches.

Said Webb: "Ricky is an undisputable Champion. I can't think of a better guy to help the Rockstar Makita Suzuki team to another winning season and I know the racers will all benefit from having him on our side."

With Webb and Carmichael at the helm of the Rockstar Makita Suzuki Supercross and Motocross team, Suzuki is looking forward to another phenomenal year at the races with their winning RM-Z450 in 2011.