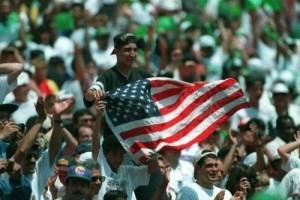 One of the more interesting annual events that motorsports fans anticipate every year is the Motocross des Nations, an international competition that functions similar to the World Cup for the motorcycle community. Each nation fields a team of three riders across three divisions, MX1, MX2 and MX3, and the overall points at the end determines the winning country.

Team USA goes into this year's event as the heavy favorites, winning the past five Motocross des Nations on the back of teams led by superstars like Ricky Carmichael, James Stewart Jr. and Ryan Villapoto. This years team sees returning veteran and 2010 AMA Supercross Champion Ryan Dungey leading young guns Trey Canard and Andrew Short against some tough international competition.

For all the skill of America's riders, however, the key to the wins might be veteran team manager Roger DeCoster, who has been involved in all 20 of the USA's victories since the competition's inception. The group also has the home field advantage this year, as the event is being held at the Thunder Valley track in the Rocky Mountains.

In terms of their competitors, last year's runner-up, Italy, will challenge for the title, although top rider David Philippaerts has been forced to withdraw because of an injury. France, Germany and Belgium will all field strong teams, but the Americans are looking to make it a sixth straight victory.