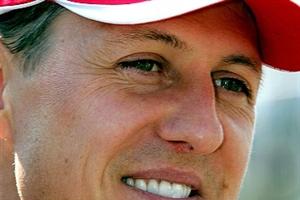 Schuberth, a German company that manufactures motorcycle helmets, will make their return to the North American market in the coming months with the debut of the C3 flip-up helmet.

The company previously planned to expand stateside but ran into technical problems with a distributor. Now, the German manufacturers have established their own North American office, which made its public debut at the BMW MOA Rally in August.

The C3 flip-up boasts a number of features that will attract serious riders. Even in cold and damp conditions, the visor is guaranteed not to fog up. Schuberth also boasts a quiet ride with excellent air flow and ventilation. The company also puts a premium on comfort, using expensive and highly-advanced foam that conforms to a rider's head. The C3 will also be accompanied by the C3W, a specially contoured helmet for female riders.

In addition to motorcycle helmets, the company also manufactures some high standard formula 1 racing helms - including the one used by Michael Schumacher. When Schumacher recently began racing motorcycles, he opted to go with Schuberth as his helmet of choice as well.